Junction Place Medical Centre is based in Melbourne’s eastern suburbs. An iron infusion clinic was established with the goal of ensuring patients had better access to iron infusion treatment, in a timely manner, at a reasonable cost.

The practice did not previously offer any treatments for patients with an iron deficiency. Patients would have to be referred offsite for treatment, usually in a hospital setting or a different medical practice away from their local area. Several barriers to the current model of care were identified including expensive fees with no Medicare rebate available at some clinics, and long waiting lists for hospital treatment, with patients having to take time off work to attend. Anxiety caused by having to visit a hospital setting was also identified.

A total of 102 patients were seen in the clinic. 74% of patients were diagnosed and treated for iron deficiency in less than two weeks. 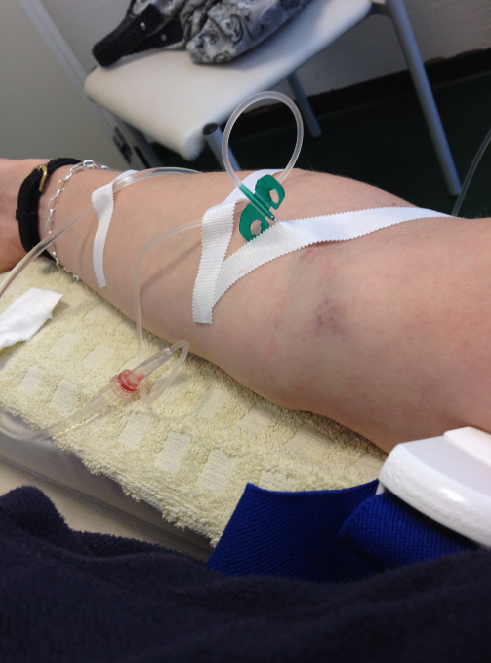 Provision of training for the nurses on intravenous cannulation was initially organised to upskill the workforce. An iron infusion protocol and administration worksheet, consistent with best practice guidelines, for staff administering iron infusions were then developed. The lead nurse worked with her General Practitioner (GP) colleagues to get their support to collaborate running the clinic, with two of the practice’s GPs providing the initial consultations. Patients were offered a 15-minute appointment with GP then a 2-hour appointment with the nurse. Patients were able to claim some fees back through Medicare rebate and subsequently the service was financially viable. The nurses identified two days of the week to run the service, providing patients with flexibility, and additionally there was no waiting list.

“It’s nice to know that they see you as capable and that you would be somebody that might be good at doing that and taking ownership of that. So that in itself is nice, that recognition.”

When the amount of iron in the body gets too low, the haemoglobin levels fall below normal. This is known as ”iron deficiency anaemia”.

The model largely utilised MBS item numbers to minimise the cost to the patient, with a small fee to cover consumables, and nurse time charged as a non-rebateable item. Further to this, the iron used is Ferric carboxymaltose (Ferinject), which is listed on the Pharmaceutical Benefits Scheme (PBS) – also minimising cost to the patient. This ensured that the clinic could be successful and continue to meet patient needs once the BNC project came to an end.

“The clinic is definitely financially sustainable…I think it’s because it’s making the practice money as well as making it accessible for the patient.”

A total of 102 patients were seen in the clinic of which 74% of patients were diagnosed and treated for iron deficiency in less than two . In addition to referrals from the practice, the clinic received 11 referrals from external services e.g. perioperative patients requiring iron infusions. Follow up support was provided to patients through telephone contact by nurses, of which 60% of patients engaged. 82% of patients treated had four-week pathology documentation completed by nurses, in accordance with best practice guidelines.

Due to the success of the clinic and the increased demand for iron infusion treatment, two additional time slots per week were created. This ensured patients were able to continue to access the service in a timely manner. Further promotional materials to attract external services to refer to the clinic were also developed.

“Job satisfaction has increased…I’m new to nursing so I do want to continue to keep growing and learning.”