“I felt wound care wasn’t done particularly well in general practice, nor was it cost-effective for the practice. I think for patients this meant their wounds took longer to heal.”

“Nurse clinics should be expanded in the context of a large clinic – they should have a complementary role to medical practitioners, and contribute to clinic decision-making. Areas of practice that would lend themselves to nurse clinics would include dermatology, women’s health and diabetes –all chronic health problems.” 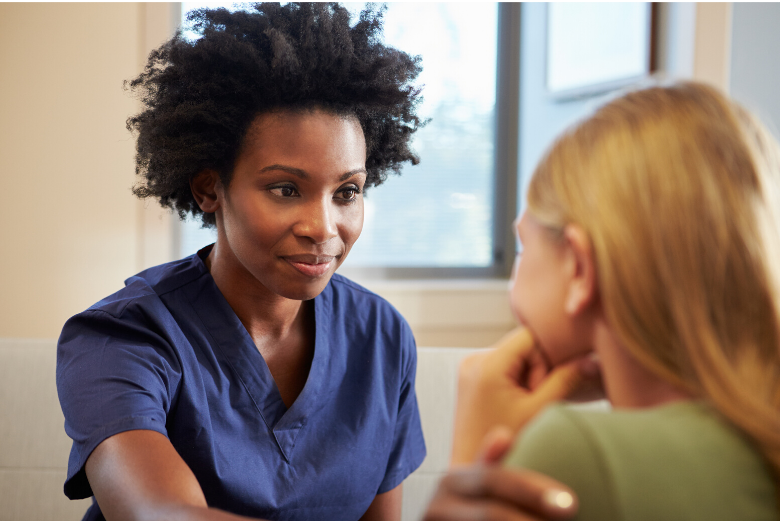 The high number of existing patients in need of wound care at the centre highlighted the potential of a specialised clinic. The goal was to give wound patients a better quality of care. Practice management were helpful in setting up a business plan around costs, likely demand, time involved and potential benefits.

"We had regular patients requiring wound care and I was fairly confident we could fit those patients into two days a week and as a result formalise a Wound Clinic."
"Implementing clinical change within the practice created difficulties and hurdles for both administrative and clinical staff. The easiest thing to do on many occasions was to give up, but I believed the patients were getting better care, so I had to keep it going."

The wound clinic is funded entirely through existing Medicare Benefit Scheme item numbers. Patients see a nurse, and a GP attends during the consultation.

A major cost with a wound clinic is dressings. At Junction Place, before the existence of the wound clinic, practice nurses were changing dressings and not charging for products, creating a financial loss for the clinic. With the start of the wound clinic, guidelines were set up for how to bill patients for products, or guide them to buy and bring their own, and lost costs began to be recovered. Also, greater expertise in wound conditions and care enables nurses now to be more informed in choosing dressings, and more selective with expensive products.

"It's still a battle. We still have to sit down and go okay what's this costing because my time is taken up doing something that isn't necessarily generating an income for the clinic."

A lot of wound patients are elderly and have lower leg wounds. Access to mechanically adjustable furniture is a benefit not just for them but for health care staff as well, to avoid back strain. A treatment room at Junction Place with a height-adjustable bed is helpful, but is prioritised among the large practice staff for the greatest patient need.

"We work quite well together, and all the GP’s understand that the treatment room is not as readily available to them on Wound Clinic days, however a separate room that I could use would definitely be better for the practice."

Initially there were concerns about separating out the role of wound care to a specific clinic, however, with a focus on improving the quality of care delivered in the practice, the team gradually came on board.

"I did find it hard in the early days… my colleagues struggled with the formality of a wound clinic, and having the role of wound care shifted from their daily duties. Also on Wound Clinic days I had less time for general duties which increased some of their tasks."

One doctor was responsible for seeing every patient in the wound clinic until the model was changed so the patient’s own doctor was brought in where possible, spreading the learning through the clinic.

"I was lucky. I had a doctor who agreed we could improve the wound care we provided; he was a great support. It could be your practice manager, it could be one of your colleagues but you just need that one other person to basically help support you to get things up and running and to have systems in place for the clinic to operate if you’re not there."

“For example, taking a wound swab. It’s something we do a lot in the wound clinic but it’s done a lot outside of the clinic as well. You bring best practice guidelines for this into the clinic and it filters onto the rest of the practice – it has a flow on effect.”

The clinic has done very little marketing, finding sufficient business within the practice’s existing clientele. But word of mouth has been effective, as well as a good relationship with the local pharmacy, who send prospective patients across to the clinic. A new on-site podiatrist is expected to also refer to the wound clinic.

The initial clinic model was more around specialist wound care but focus shifted to a model that was more accessible and affordable for patients.

“You don’t have to be a specialist to provide good wound care. Good practice nurses can do it and I think that that’s really been the major change from my point of view. We’re not trying to be specialists, we’re just trying to provide better wound care.”

Consistency in wound care and dressing technique is prioritised across the Practice, right down to the way dressing trays are opened. The clinic aims to stay up to date with evidence based best practice, and as this changes in response to new research, policies around procedures in the Practice change too, and are circulated throughout.

“The first thing we needed to do was make sure we were actually all providing wound care in the same way, because differences in technique can be picked up and noted by patients."

As the clinic has grown a specialised body of knowledge about wound care, patients are less often referred to specialist wound clinics or vascular surgeons. A steady and sustainable flow of patients is regarded as a sign of success, with the clinic seeing 6-10 patients a day. Continuity of care has been improved, with wound management plans created and adhered to consistently between different practitioners.

“It saves time for the doctors because they don’t have to be so hands on, it streamlines care for patients, it’s about knowledge sharing amongst doctors … and it gives nurses an opportunity to focus on one area and do it really well.”